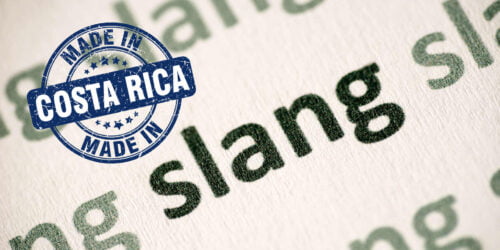 Also known as dichos in Spanish, Costa Rican sayings are a delicious form of Tico dialect that every tourist should know. Once you know pachuco (local slang), you can begin to understand what they are really saying.

Surprisingly, Pura Vida is not on the Costa Rican flag, but it should be as it truly is the people’s mantra.

Roughly translated it comes out as Pure Life, but in reality, it has numerous meanings and can be used in numerous situations. In that respect, it’s similar to Aloha in Hawaiian, which can also be roughly translated as joyfully sharing life and seems close to what it means in Costa Rican.

The first place you’ll probably hear someone say Pura Vida is when you disembark from your airplane and you won’t stop hearing it for as long as you are in Costa Rica.

In Tico speak, Pura Vida can mean many things with the most common being:

Reply back with a warm smile while saying:

You can say also sort of use Pura Vida as a way to say goodbye. As in, give a fellow surfer the shaka (hang loose) sign, and say Pura Vida as you do it.

An expression that is heavily overused by young kids and surfer which translates as:

If you were thinking that chiva is a female goat you are correct, but the context here is that it’s in reference to something being different in a good way.

Do note that chiva is pronounced chee-ba, (not chee-va) and that it’s quite similar to the Mexican slang of Que Chido, (this is cool).

Tuanis is the Costa Rican word for cool, which you’ll hear a lot at the end of sentences or as an exclamation. When you add a que in front it means:

No, it has nothing to do with being a sweet potato (as the literal translation suggests) but is a play on words, where a potato being sweet is something crazy.

A Tico favorite that is so right, but yet so wrong in a hilarious way. The literal translation is:

The cattle got mixed up!

If you read between the lines of when this expression is used, you’ll find it refers to an unexpected meeting.  Such as when someone’s ex appears at the bar at the same time they do!

Ooooopsie, wrong place, wrong time… someone must have mixed up the cattle!